EMAILS: DNC-WASSERMAN WEIGHTED IN FAVOR OF HILLARY CLINTON AGAINST SANDERS

July 24, 2016  This morning reports showed that WikiLeaks has infiltrated the DNC server and the campaign for Hillary Clinton was weighted by the DNC and their chair, Debbie Wasserman-Schultz, in favor of Hillary Clinton over rival Bernie Sanders. For months the Wasserman has denied favoring Clinton over Sanders, however emails show differently.

One email showed the DNC, not the Clinton campaign, targeting Sanders religious beliefs as a means of derailing the Sanders campaign. During the election cycle Bernie Sanders and his supporters alleged that the system was rigged against them. The emails come at a bad time when it was revealed by the FBI that Clinton had horrible practices in dealing with classified information. The FBI also said that Clinton had lied numerous times regarding her email server and the devices used by Clinton. Also, FBI chair said that it was possible that enemies of the U.S.A. had accessed that classified information to use against our country.

Clinton has been scrambling for weeks now to convince Sanders supporters that they should walk the line and give her their vote. Wasserman has said that Bernie Sanders supporters would fall in line and pledge allegiance to Clinton instead of crossing to vote for Donald Trump. Many of Sanders supporters have voiced that they would be voting for Trump because he wants to break the status quo and make American profitable for everyone. Clinton has had a tough time convincing voters that she will represent everyone, not just those who support her. Clinton is also having a difficult time in her campaign because of her lack of believability and trustworthiness. 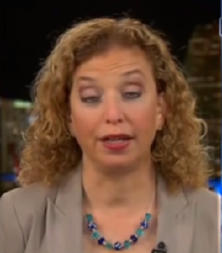 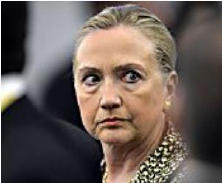