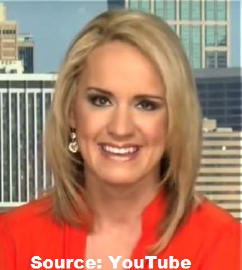 IS TED CRUZ A TROJAN HORSE?

April 11, 2016  Today in an April 6th interview with CNNs Wolf Blitzer, Scottie Neil Hughes, Chief Political Commentator for USA Radio Networks, mentioned that in a contested RNC convention, political insiders would likely dump Ted Cruz to broker in their own candidate. During the interview Hughes also mentioned that it was curious that Lindsey Graham didnt go public to commend Cruzs victory in Wisconsin. This may serve as a sign that Cruz is being used by establishment insiders within the Republican Party only as a blocking tool against Donald Trump. Instead of being supportive of Cruz, they may be using him only as a Trojan horse, a term that Donald Trump used in describing Ted Cruz, to block the majority vote of the public in order to broker the convention so that another candidate can be placed in the spot as the RNC presidential candidate. In that respect, Cruz may be a Trojan horse being used ty the RNC to be dumped later. This would be shallow-minded on the part of Ted Cruz. Several names have been tossed about, that would be ushered in by the RNC to replace Trump and Cruz.

In recent months there have been mentions on news networks that John Kasich may be counting on a brokered convention in order to get the top spot, even though he is at the bottom of the list with voters. Other names being tossed about are Paul Ryan, Jeb Bush and Marco Rubio. Talk of a brokered convention has been seen by voters largely as a way of controlling the election and thwarting the will of the American people. For weeks RNC insiders appear to have held many clandestine meetings to strategize on blocking a Trump presidency. Many voters see this as a move by political insiders to block the will of the people, which may prove to be the undoing of the Republican Party.