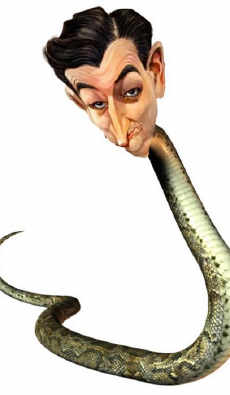 Ted Cruz Getting Heat as Questions of Integrity Rise

March 25, 2016  Following a supporting super-pacs ad attacking Melania Trump, the National Enquirer has released a spread, saying that Cruz has had five extramarital affairs. While denying the report of affairs, Cruz has come under increasing scrutiny following several mistakes by his supporters and staffers. With the Melania Trump debacle, critics are concerned that Cruz may be 'hiding' behind a money-donor super-pac, and that this is yet another attempt of Cruz at undermining his competition in a disconcerting manner.

During the Iowa caucus his campaign tweeted that, then candidate, Ben Carson was leaving the state and going to make a big announcement, hinting that Carson was dropping from the race for President. After the caucus Cruz denied any wrongdoing but it was found that the tweets Cruzs campaign issued were completely false. Those tweets were found to have come directly from Cruzs own campaign.

During the race with Marco Rubio one of Cruzs campaign staffers doctored a video of Marco Rubio which contained audio that was found to be completely false and made-up. Following the video some began questioning if a pattern of deception and dishonesty would be inherent to Cruzs campaign.

Over the past six weeks it has also been noted that Cruz has flipped on several issues. On the subject of building an actual wall at the southern border, Cruz was, for most of his campaign, against the idea, saying it would run counter to American values. Here of late Cruz has been promoting Trumps idea of building a wall. On the subject of halting immigration until better vetting procedures are in place, again Cruz was against the idea, saying it was counter to American values. Cruz supporters claimed that Trump was a racist because of his call to halt immigration. Here of late Cruz has again flipped and is now supporting Trump's idea of halting immigration.

With the Melania Trump controversy, it is still not clear if Cruz knew the attack was coming and if he was hands off on the ad that was run. Again, like previous controversies, Cruz is pleading ignorance and innocence. However, it appears he may be suffering damage to his campaign. If not taking an actual hand in the controversy, Cruz has yet to denounce the Trump ad that was ran, attacking Melania Trump. Time will tell if Cruz is able to stabilize his campaign and return with integrity, or if it will continue spiraling downward as many career politicians do.