August 18, 2016  Today in discussions among news pundits the concern over Russian leader Vladimir Putins fears about Donald Trump came to light. Over the past few years Putin has worked to rebuild the defunct Russian influence over the region, which has garnered much support. Since 2011 Putin has been able to override any objections by the Obama administration and the Clinton State Department in his actions in the Middle-East and Ukraine. However, Putin has given signs that he is concerned that a Trump presidency would strengthen American influence globally, which would undermine the Russian objective of securing control of other nations, besides that of Ukraine. Putin has worked to assume control of, or at least establish strong influence in, the Middle-East.

Putin has been effective in establishing support from Iran, despite their support of terrorism globally. In his eyes, establishing that influence and relationship has proven to be very lucrative for him and high ranking officials within the Russian government. Vladimir Putin has shown signs that in a Trump presidency he would not be able to bolster past international security concerns and would be taken to task by Trump and allies that would be forged by Trump globally.

In 2011 Hillary Clinton and Barak Obama began working via secret agencies to destabilize the nations of Libya and Syria which has backfired drastically. In 2012, after control of the two countries had been lost to muslam radical groups affiliated with the Taliban (now ISIS affiliates), terrorists attacked the American consulate in Benghazi, leading to the deaths of American representatives in the region. These actions showed the weakness of the Obama-Clinton administration within the State Department, leaving the world to question the ability of American leadership.

Over the past three weeks weakness and cracks have been showing in the Hillary Clinton campaign which has led to some abandoning their posts at the Clinton campaign. Others are beginning to question the ability of Clinton to take strong leadership positions without being influenced by relationships of international leaders with the Clinton Foundation. These concerns have led to signs that the international community believes that Donald Trump would bring strength and stability to American leadership globally. 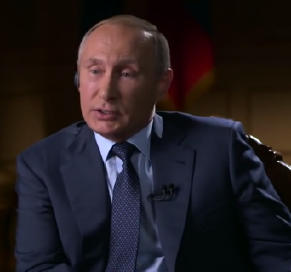