Over the past four years, the mother named Deborah has searched diligently for her daughters and has received counseling provided by Voice of the Martyrs, a Christian organization which works to help those in situations such as this. Deborah has not given up hope, but little has been found of the two girls kidnapped.

Over the decades muslim groups have forced conversions, massacred non-muslims and kidnapped countless children worldwide. Over the past two years countless muslims have entered Europe as refugees, and much of the continent has seen a dramatic increase in violence, rapes and murders. The migration has been described as little more than an attempt to spread the influence of islam worldwide to tolerant nations with liberal laws. 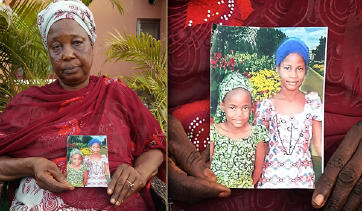