March 19, 2016 - Indonesia - Muslims have come in droves to protest the building of a Catholic church in Bekasi, where the government has issued a permit to build a Catholic church. The 2,000 member congregation went through proper channels to get permission, including erecting a billboard, in order to build the site of worship. As a result, it is believed that muslims in the area have been making threats toward the congregation and also public officials.

"What we are seeing is the way islam works among its members" said one commentator on the condition of anonymity. These are not radicals operating outside the box of mainstream islam, but average adherents to the muslim religion.

Concerns are growing worldwide over the fact that the majority of polled muslims want to be ruled by sharia law, an extreme, intolerant set of rules imposed by islam. For decades the term ethnic cleansing was used as cover for the fact that muslims routinely assassinate those who refuse to convert to the religion. Leftists and liberals in the United States and Europe have continued the rhetoric that islam is a peaceful religion and can co-exist with mainstream cultures. However that has not been the case in the past ten to fifteen years, as islam infiltrates Europe and now the United States. 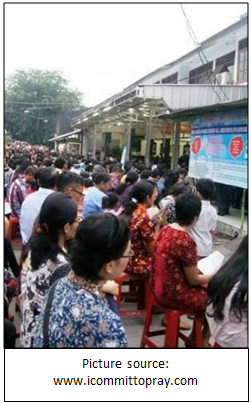 More on the article here.