August 2, 2016  During the recent DNC convention a muslim couple approached the podium and gave a pro-muslim speech while telling of their son who died in the U.S. military. Following the convention Donald Trump, while not dishonoring their sacrifice, commented on the motives of their tirade against him. Leftists have taken the stance that Trump should have kept silent. However, in looking closer to the Kahn couple, not so pretty details begin to immediately emerge.

**Deep ties to Saudi Arabia  the nation that the 911 terrorists were from. Khizr Khan also worked for a major DC law firm on behalf of the Saudi Government in the United States.
**While working for the DC law firm, the firm was registered to do lobbying work on behalf of the Saudi government
**The Saudis have donated heavily to the Clinton Foundation
**Lobbyists at the DC law firm in which Khizr Khan worked has raised thousands of dollars for the Clinton campaign
**Khans employers also handle taxes for the Clintons
**Khans employers were involved in the server activity for Hillary Clinton
**Khans on website says he represents clients for the purpose of buying visas to enter the United States
**Khan is interested in using holes in the immigration system in order to help muslims enter the United States. This act is known to muslims and defined as Fatah.

Fatah: Arabic; Infiltration; conquering; conquest; immigrating into a country in numbers large enough to effect the culture, taking advantage of tolerant laws and accommodative policies, inserting the influence of islam. It is a slow, systematic and unrelenting method. 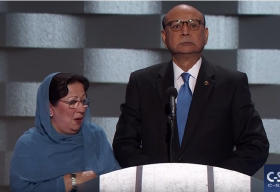 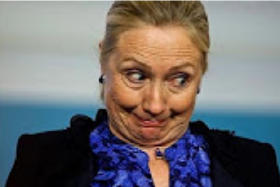