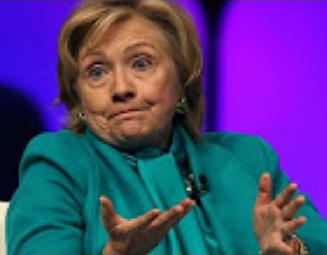 October 30, 2016 - Earlier this week it was revealed that the Federal Bureau of Investigation (FBI) has re-opened the case involving Hillary Clintons mishandling of secretive information while using a personal server. James Come, Director of the FBI, sent a letter to congress (both Democrats and Republicans) stating that the investigation, which earlier this year had stalled and considered closed, is now reopened based on new information the bureau received.

Clinton insider, Anthony Weiner, was in possession of a laptop containing information and emails exchanged between Hillary Clinton and her second, Huma Abedin, Weiners wife. Weiner has been the subject of several controversies, the latest involving his sexting a fifteen year-old girl. Weiner has been in the Clinton inner circle for years and his marriage with Huma Abedin took place after an arranged meeting, setup by Bill Clinton.

Earlier this year, after the investigation into Clintons lying to congress and also mishandling of classified information, Hillary Clinton praised the FBI Director. However, now the issue seems to be an inconvenience to Clinton and she has lashed out. Clinton appears to be furious that Comey is not playing ball with the campaign as Bernie Sanders did after his campaign was plotted against by Clinton and Debbie Wasserman.

Amid a constant drizzle of damaging information by WikiLeaks, the announcement by the FBI comes at a time when the Clinton Campaign is struggling. Throughout the year its been found repetitively that polling has been drastically skewed in favor of Clinton as an effort to sway enthusiasm among Donald Trumps supporters, which has not worked well. While media outlets such as NBC, ABC and CNN have persistently ran positive stories on Hillary Clinton, in an effort of support, the constant drizzle of damage that Hillary Clinton has done to herself, is creating concerns as to her viability as a political candidate.

Although Hillary Clinton is angry at the damage her campaign has suffered, pundits have reminded viewers on news networks, that the damage was created by Hillary Clinton herself. Scandals such as Benghazi, corroborating with Debbie Wasserman against Millennials, mishandling of classified information, lying to congress, and more have constantly dogged Hillary Clinton. During the Watergate investigation, Hillary Clinton was kicked off a committee for improprieties she committed then. For decades, Hillary Clinton has been involved in illegal and improper actions, which commentators remind audiences, is no ones fault but Hillary Clintons.