August 17, 2016  Today reports came that the Clinton Campaign and Democrat Party are claiming that false information was included in the WikiLeaks release several weeks ago. After weeks of no denial and silence on the issue, the Leftist party and Clinton campaign have finally thought of a response. In typical fashion for Clinton and Democrats, denial without proof seems to be their only defense. However, with ongoing releases from the FBI and investigations into the corruption of Clinton and her dealings at the State Department, and also the Clinton Foundation, it appears that denial is moot at this point in time.

This comes after a couple of hard weeks from Clinton as crowds have dwindled at Campaign rallies and support appears to be decreasing. Photos of Hillary Clintons campaign rallies show less than desirable crowds in small high-school gyms, made up by largely by staffers in order to make crowds look bigger.

Just prior to the Democrat Convention in Philadelphia, WikiLeaks released a batch of emails which proved that DNC Chair Debbie Wasserman-Schultz conspired with the Clinton Campaign to oust Bernie Sanders and ensure the selection of Hillary Clinton to carry the torch of the left. The leaked emails were solid enough to cause the immediate release of Debbie Wasserman-Schultz from the Chair position. However, Hillary Clinton immediately brought her on board her campaign, leaving many shaking their heads at the corruption going on inside the DNC and the Clinton Campaign.

In news reports pundits have pointed to insiders at the Clinton Campaign that are jumping ship in order to salvage their careers. WikiLeaks has promised another release of emails and information which is believed to be much harder evidence of corruption and worse than ever for Hillary Clinton. In an effort of damage control, the Clinton Campaign and Democrat Party have pulled insiders like Nancy Pelosi out of the box to try to stave off criticism. Pelosi has been on the trail of denial for Hillary Clinton, hoping to save the ship from sinking.

Over the last week there have been discussions of tension within the Hillary Clinton campaign, as staffers are trying to salvage credibility amid cracks that are forming rapidly. It is believed that Hillary Clinton has become angry at staffers and will soon shakeup the pecking order in an effort to salvage her candidacy. However, with the release of more information from WikiLeaks on the horizon, some wonder if it is too late. Some have said that Hillary Clinton is about to be caught in her on web, becoming her own undoing. 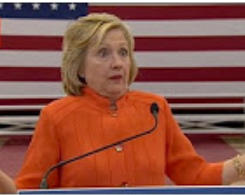 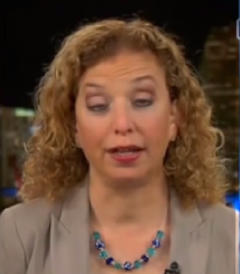