January 17, 2018  The nation of Bolivia has outlawed evangelism, including inviting others to take part in religious worship. Article 88 of the countrys new penal code, authorized December 15, states that whoever recruits, transports, deprives of freedom, or hosts people with the aim of recruiting them to take part in armed conflicts or religious or worship organizations will be penalized 5 to 12 years of imprisonment, according to a translation by Evangelical Focus, a media initiative of the Spanish Evangelical Alliance.

This move groups all religious organizations with armed rebels, islamic terrorists, and drug cartels. Also, a change in the law allows abortions during the first eight weeks of pregnancy. The new Penal Code would silence the around 2 million evangelical Christians representing approximately 19% of the total population. The legislation would affect other religious groups as well, such as Roman Catholics.

The changes in Bolivias law come only a few weeks after the Constitutional Court lifted Term Limits, allowing their President to run for office indefinitely. Many in the region have expressed dismay that Bolivia would become the first Latin American country to officially ban Christian worship and evangelism. World-wide an assault against Christianity has been ongoing. Recently, Open Doors USA released their World Watch List, noting various nations that actively persecute Christians. 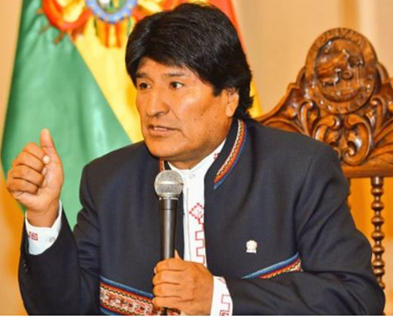